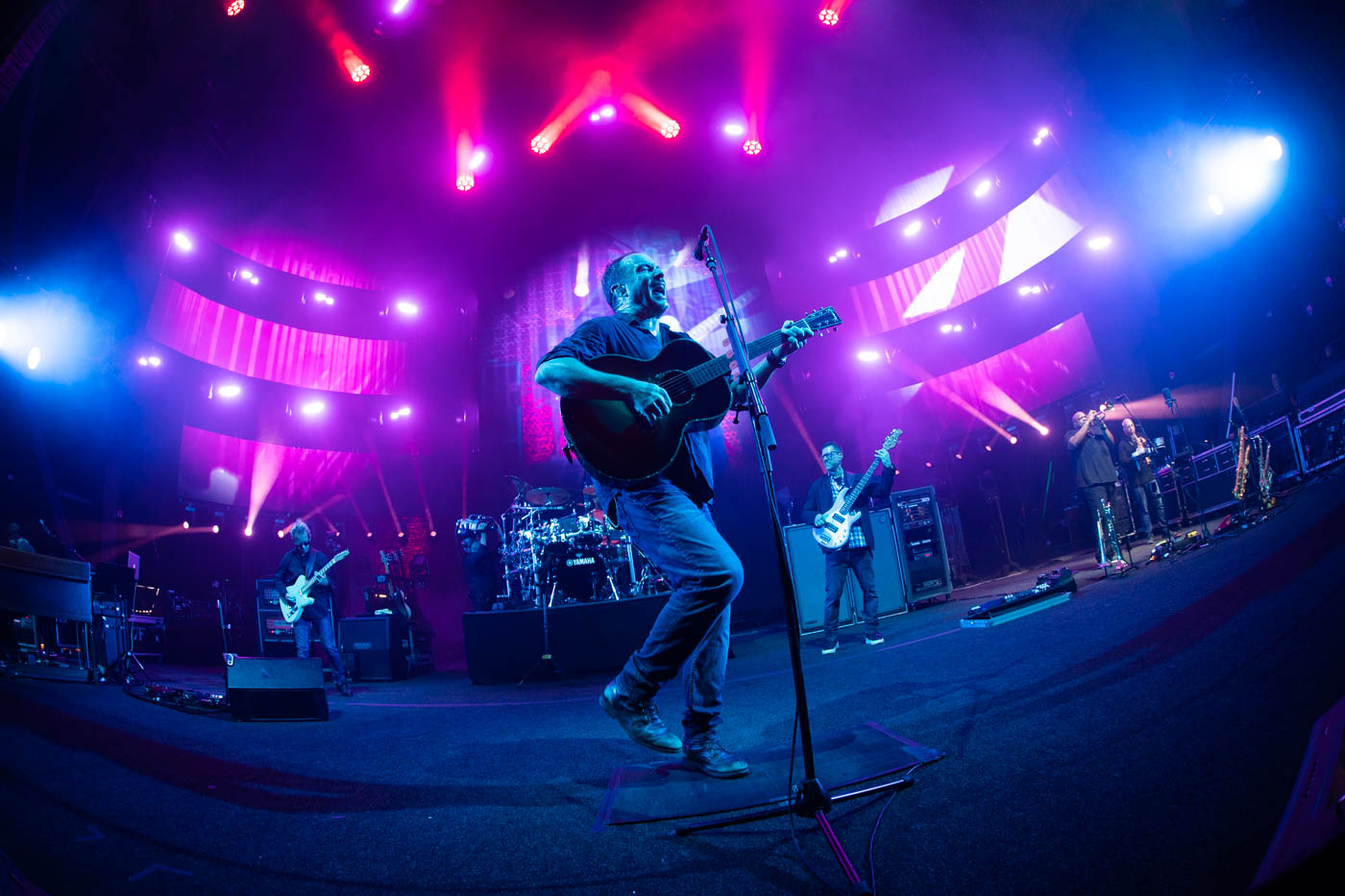 As the band marked its 30th anniversary, the GRAMMY Museum® presented Dave Matthews Band: Inside & Out – an exhibit exploring their place in music history and commitment to positive social change. Highlights included instruments from each of the four founding members, handwritten set lists, lyrics and recording studio notes and rare ephemera. Launched in May as the museum reopened after being closed during the pandemic, the exhibit was extended into 2022.

With the loosening of COVID restrictions, DMB kicked off its 2021 North American tour in July. The band debuted a new song, “Madman’s Eyes,” to the delight of fans during a show in Columbus, Ohio. When COVID interrupted their traditional format during their traditional Labor Day weekend shows at the Gorge Amphitheatre, the band quickly regrouped, enlisting special guests, and delivered what The Seattle Times hailed as an “unforgettable run.”

The tour wrapped up in November with two sold-out shows at Madison Square Garden. The first night was broadcast live as the final 2021 episode of SiriusXM/DMB Radio’s “Friday Night Concert Series.” Over the course of the year, DMB Radio aired a series of unreleased shows from the band’s vault and a Memorial Day Weekend Concert Marathon. Volumes 55-58 of the Live Trax series gave fans access to four additional unreleased shows.

Dave played an invitation-only acoustic set in Amagansett, NY to kick off Sirius XM and Pandora’s “Small Stage Series” and teamed up with Carter Beauford for a performance at the inaugural JUNETEENTH UNITYFEST, a national livestream event conceived by Robert Randolph. In the fall, Dave and Tim played Farm Aid 2021.

In addition to their Climate Positive tour, DMB funded the planting of an additional one million trees (following its first million trees in 2020) through its partnership with The Nature Conservancy. The 2021 premium ticket auction raised more than $175,000 for DMB’s Bama Works Fund, bringing the total raised by DMB, its members and the fund to $65 million since its inception. Bama Works – which unveiled its new website in 2021 – continued to make a difference on both global issues, such as climate change, and local needs, like support for the revitalization of South First Street in Charlottesville.